New Delhi: Being Fav of your Fav is a different feeling altogether: Kartik Aaryan as Raveena Tandon calls him her favourite present superstar!

The man to give one of the biggest blockbusters along with one of his career’s finest performances in 2022, Kartik Aaryan is all set to rock the box office in 2023 too as it seems. 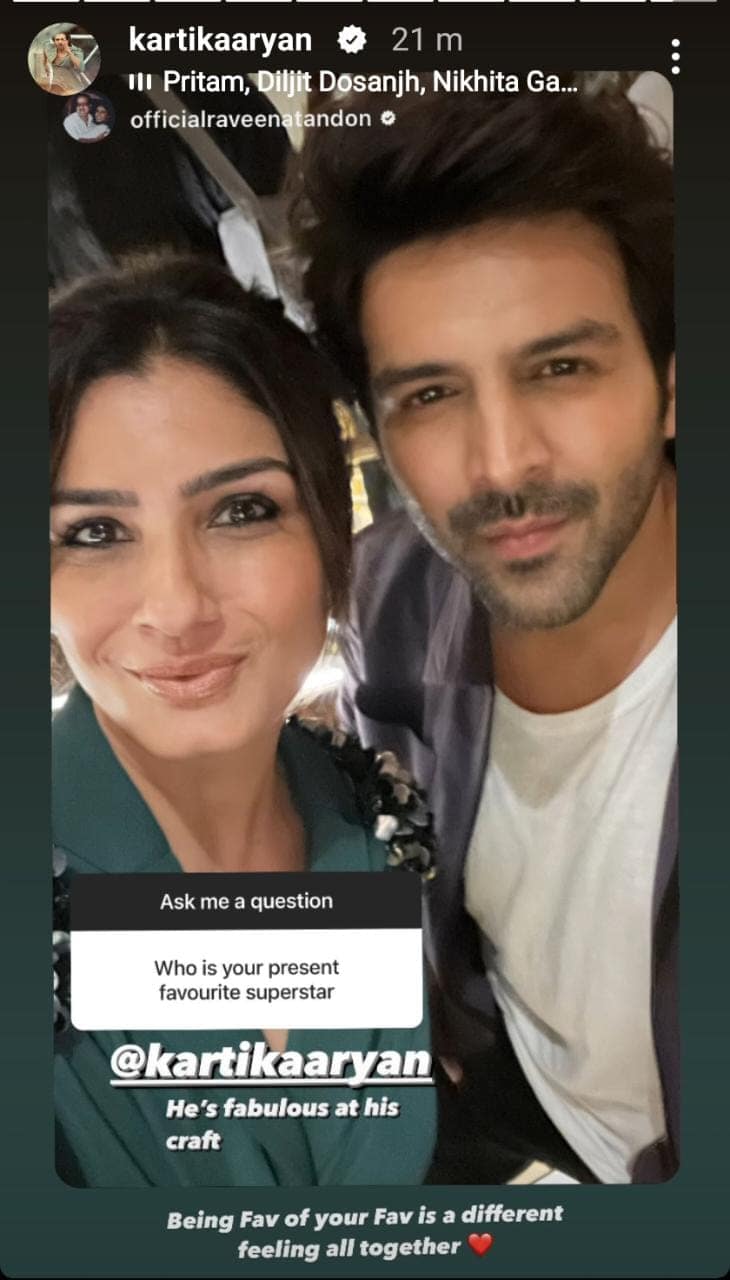 The trailer of his upcoming next, Shehzada and its latest party track, Munda Sona Hoon Main, had fans raving about Kartik’s hot new look and his first ever out-and-out action role where he will appear in one of Bollywood’s favourite on-screen jodi, with Kriti Sanon. While his fandom is always on the rise, he received praise from his own favourite actress too, Raveena Tandon.

During an ‘Ask Me Anything’ session on her Instagram, Raveena Tandon was asked, ‘Who is your present favourite superstar?’, to which the veteran actress replied saying Kartik Aaryan on her social media story as she wrote, “@kartikaaryan He’s fabulous at his craft”

This certainly comes as a big acclamation for Kartik and the fanboy couldn’t help his excitement as he reshared her story writing, “Being Fav of your Fav is a different feeling all together”

On the work front, besides Shehzada, Kartik also has Satyaprem Ki Katha lined up for this year, and will also be seen in the 3rd installment of Aashiqui. He also has Kabir Khan’s untitled in his kitty.